Designing Role Playing quests and events kick-started my interest in Game writing, besides teaching me a lot about story progression and sustained player immersion. For that reason, I feel inclined to list this experience here. All in all, my experience for writing within the confines of RP-games spans a period of 10 years. 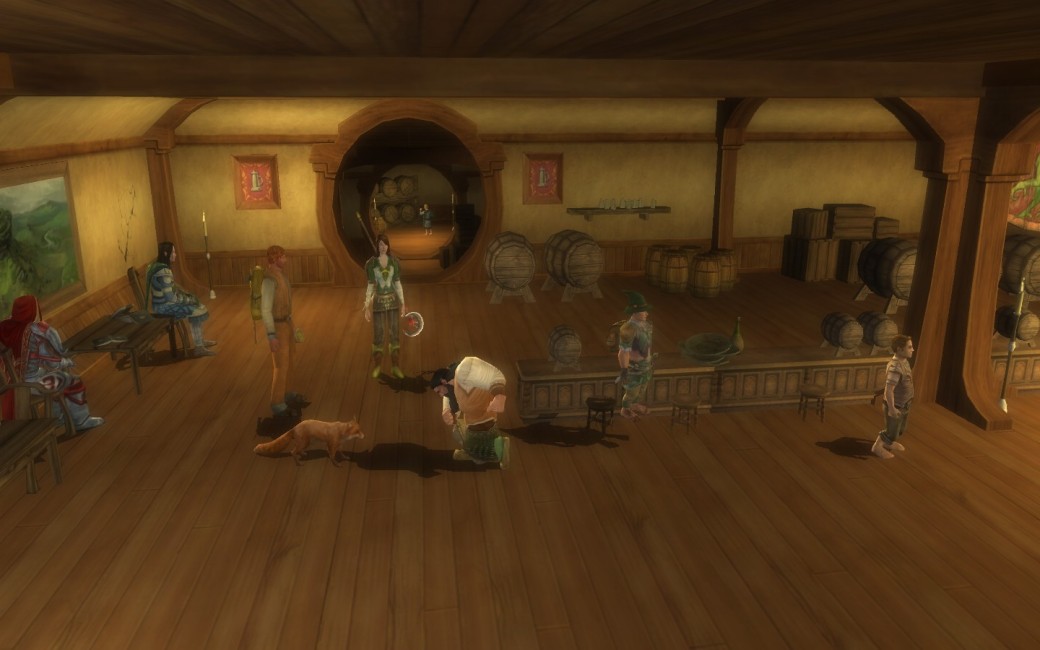 Although I could mention other examples, I want to focus on two learning experiences: Dungeons & Dragons, and The Lord of the Rings Online.

The seminal RP-experience by Wizards of the Coast had always fascinated me, even from a young age. Unfortunately, I was never in the position to join a RP group in the (relatively meagre) pen and paper gaming community in The Netherlands. So I did what any single player would do: play the video games and design my own quests. 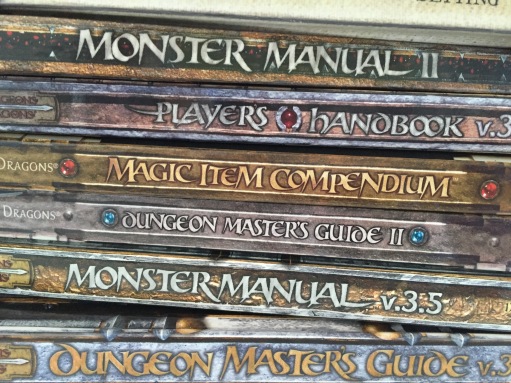 While the former allowed me to enjoy the D&D worlds as it was created by others (mainly through Black Isle Studio’s Icewind Dale 2 and Bioware’s Neverwinter Nights), the latter allowed me to pour my creativity in game world, quest lines and (non-)player motivations. Although (unfortunately) only a few of my stories were actually played by others, those that were revealed to me the unpredictability of player actions and the need for quick, reflexive improvisation. Through these experiences, I came to the realisation that you may try to steer players in a certain direction, but they can try to (actively or passively) avoid, circumnavigate or reject story catalysts. Basically, I learned that story structure in games like these should be logical and cohesive, yet not dependant on single (inter)actions.

The Lord of the Rings Online

I spent many hours in Turbine’s MMORPG, and it was in fact the first MMO I participated in. Having been a fan of Tolkien’s works since my mid-teens, I loved to partake in activities and events on a RP-server. It took me a few months to start my own guild with some friends, followed by event planning and story design. Writing stories came in two forms:

I wrote extensive background stories for my own characters (17 in total) that worked within the established lore of the game, were sensible and down-to-earth, and presented refreshing and innovative motivations for each character to explain why they were fighting/travelling in Turbine’s Middle-Earth. Where possible, these background mesh with those of other characters, played by friends or guild members. 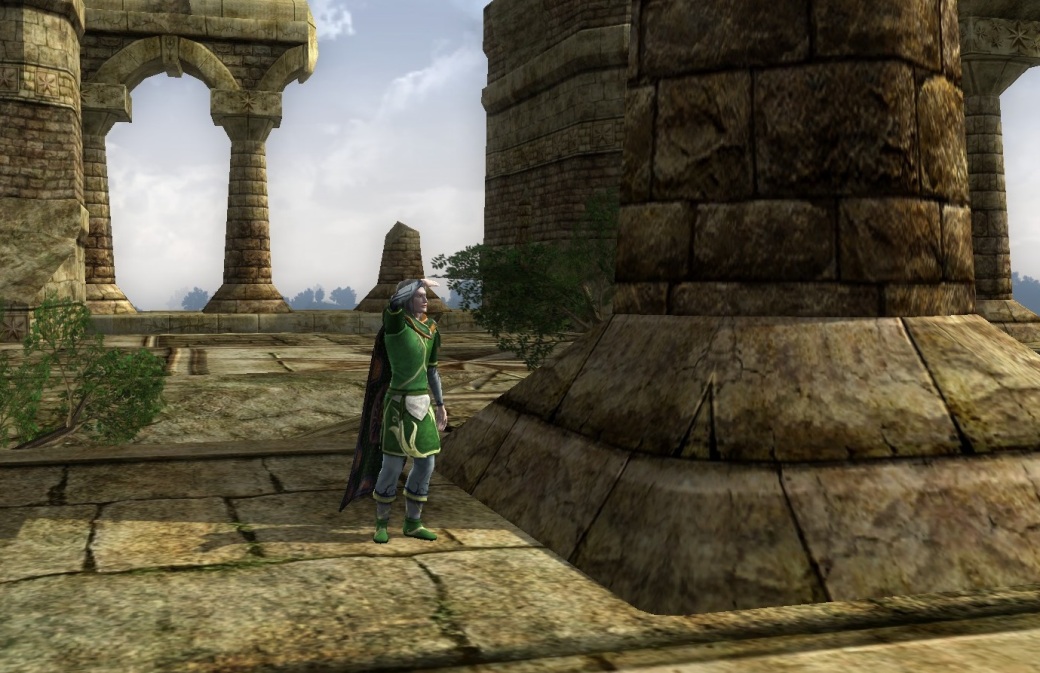 All characters were role-played continuously and their stories and personality would change according to developments and from these interactions with other players.

Not long after becoming a guild leader, I began to spontaneously design events for players to participate in. My goal was to evaluate the existing game structure already in the game, and experiment with innovative ideas and solutions in order to create wholly new experiences. As the word ‘experiment’ indicates, these events included successes and failures; both teaching me how to improve future events’ stories and activities. 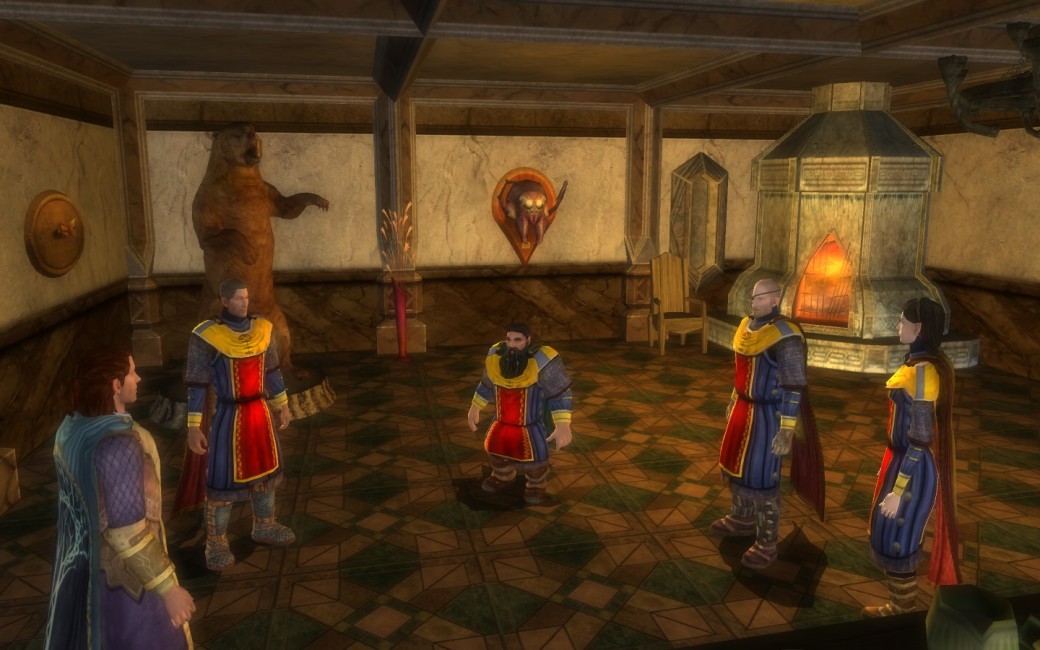 My events served different purposes. Some were meant for a small group (guild members and friends) and often focused on character development and social interactions. Others were intended to present a story that was created by myself or others. Then there were events that tried to deliver an exciting experience for larger groups of players (60-70). I also tried to combine these types of events: for example by writing story events for a large group of players. Here are some event examples: 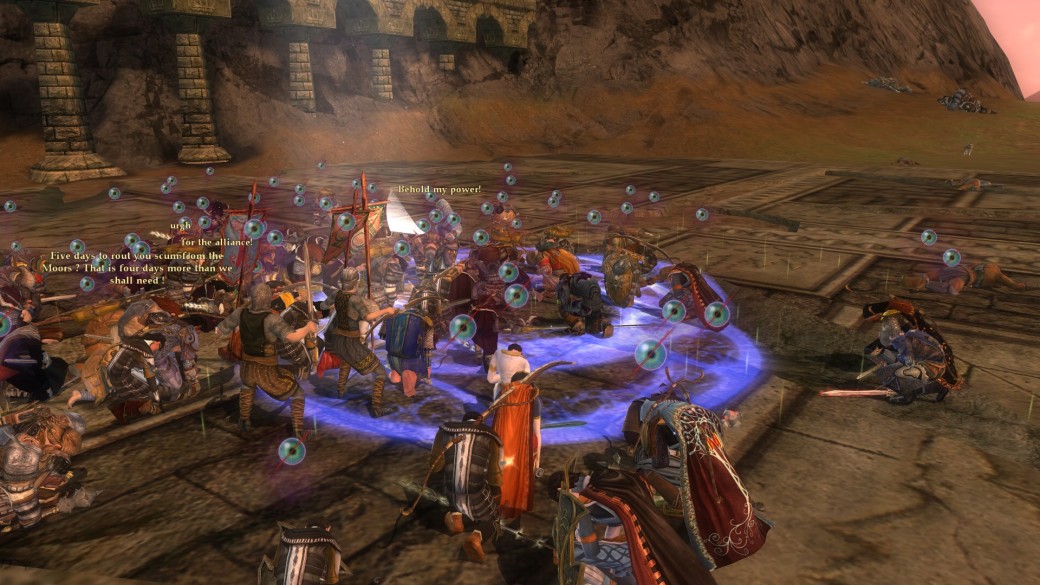 An event involving many players, in addition to a Game Master

Since MMO-players play for different reasons, I learned to anticipate on the different expectations and preferences of all types of players. This forced me to think in broad terms, often generating multi-phased event stories, where some focused on combat and others on social interactions.